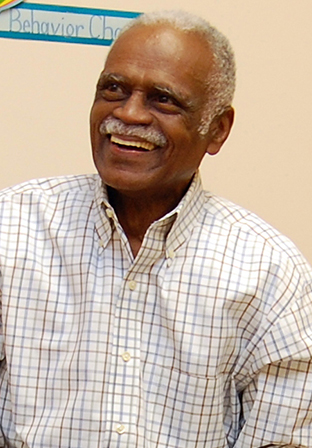 Steve Talley was elected Lawrence Township Trustee in November of 2014. Prior to his election as Trustee, Talley was a member of the Indianapolis City County Council where he served from 1996-2006 and again from 2011-2014. During his tenure on the council Talley served as Council President in 2005 and chaired the Metropolitan and Economic Development Committee and a special Tax Increment Financing Study Commission.

Talley has shown his deep ties to the community through his involvement with various organizations. He is a member of the Ransburg YMCA Board of Managers, IPS School #88 Community Council, Jane Pauley Community Health Center Advisory Board, Friends of Indianapolis Animal Care and Control Foundation Board of Directors, Social Health Association of Central Indiana, Inc. Board of Directors, Meadows Fall Creek Civic League, and Devington Community Development Corporation Board of Directors. He also serves as President of Van Lawson & Eva Talley Community Green Space, Inc., as Chairman of the Board of Directors for Legacy House, and has served as a volunteer probation officer for the Criminal Court Probation Department.

His great concern for the education, health and welfare of children is continuously shown by his work with the Indianapolis-Marion County Public Library and the Donna D. Talley Story Theatre at the E. 38th Street Branch Library. In honor of his late wife, Donna, this effort has grown into a free travelling Sing & Sign Express Kids Workshop that began touring all 23 branches of the Indianapolis-Marion County Public Library, as well as the Children’s Museum, in 2012. Working with the Library’s “Ready to Read” initiative and the Library Foundation, Talley has been instrumental in making this dream and tribute to his wife a reality.

Talley also serves as a crime watch specialist for the Indianapolis Metropolitan Police Department, attended both Purdue and Butler University, where he studied accounting and business administration and completed the legal assistance program. Talley is also a faithful volunteer and member of Turning Point Family Worship Center. He is widowed with three children and seven grandchildren.